In the chaos of COVID-19 in the world today, Samoa is not letting this affect or hinder its preparations for the upcoming General Election in 2021. Since the closing of candidate’s nomination on the 23rd October 2020, 23 women registered and were accepted by the Office of the Electoral Commissioner. In its efforts to promote women’s leadership in Samoa and women empowerment, as gender equality continues to become an issue in the world today, the Women in Leadership Samoa (WILS) Project in partnership with Fatuaiupu Consult – Consultant Maulolo Tavita Amosa conducted two trainings for women candidates in preparations for the upcoming election. The two trainings focused on Language of Communication and Developing Effective Campaign Strategy. 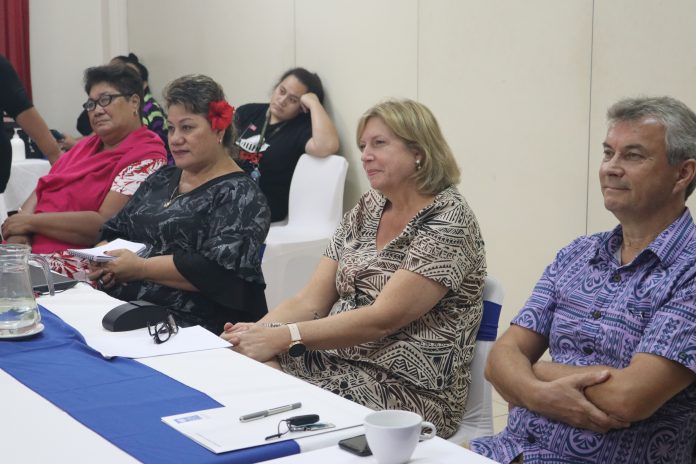 The main challenge identified by all participants was the lack of skills in formal Samoan oratory to properly address communities, voters and other Parliamentarians if they make it into Parliament.

It is a very important skill to have as that gives women the confidence to counter any speech and to make a meaningful contribution to discussions.

“From this course, my knowledge of the Samoan culture has improved in terms of the “faasinomaga concept” in its traditional sense and meaning.  I have come to understand certain idioms and proverbs, how they should be used properly and correctly as well as its true meaning.  Through this training, I have built the confidence to develop a campaign speech as a candidate for my constituency using the richness of our Samoan language to relay a message and gain the attention of the audience about my quest”, said Taumainamoe Aufui Tuimalatu, Candidate for Vaa o Fonoti. 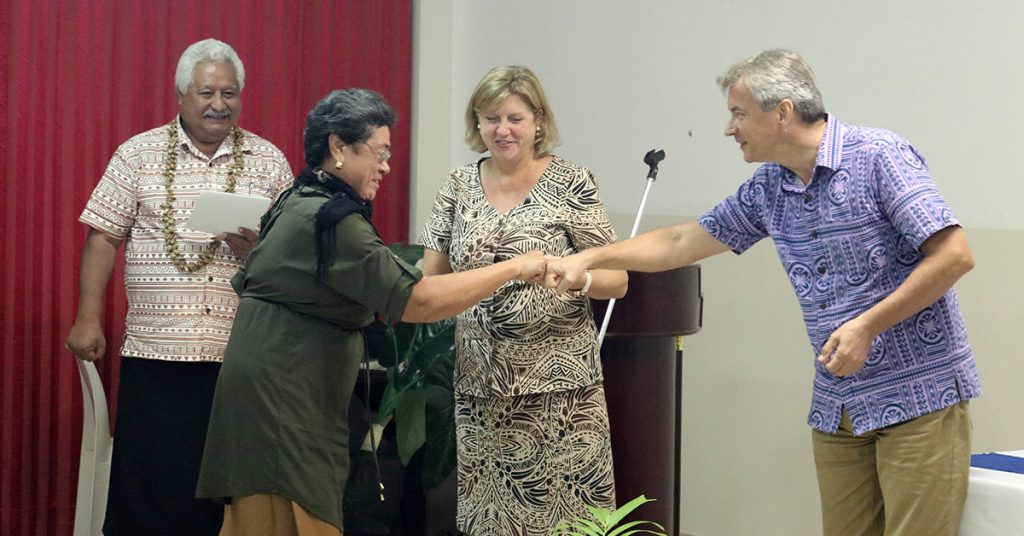 In the lead up to the Nomination of Candidates for the 2021 General Election, several trainings were held in the hopes of inspiring more women to become potential candidates and to join the quest of promoting women’s participation in parliament.

The training was also informed by lessons learnt from the previous IPPWS in terms of timing and campaign strategies.  Therefore, an opportunity presented itself through the WILS Project to support the design of a capacity-building programme for women candidates to strengthen their pathways and encouraging advocacy through training programmes such as these two courses.

The training allows each of the participants to have a good understanding of a range of topics that include Samoa’s political setting, electoral system, candidate’s self-awareness, voters’ behaviour, how to deal with voters, campaign committees, gaining family support and effectively using the Samoan oratory language to communicate to the voters. The campaign course covers several topics including identifying voters; targeting voters; developing campaign message; effective communication; tools of engaging voters; financing the campaign and rolling out the campaign strategy. Importantly, such a strategy helps them to minimise the cost of the campaign through better budgeting, effective fundraising, and by using other tools to persuade voters rather than just influencing voters with donations. Campaigns should be focused on the most important elements like a campaign message and tools for effective engagement with voters.

The completion of the courses will further strengthen the participants’ capacities as current leaders and as current and potential candidates to effectively communicate with their communities and voters and develop an effective campaign strategy as we prepare for the 2021 and 2026 general elections.

“The atmosphere and the positive vibe we have been receiving from the trainer and the team goes a long way for me and the rest of my fellow female candidates.  The training itself is very informative and quite relevant especially as we only have four (4) months left before the General Election in April 2021.  Part of my learning is, the training has given me the encouragement that I need to learn new things and to be creative with my campaign strategy but at the same time uphold the law as one of the candidates.  At the same time be able to tackle the issues within our districts by formulating strategies to address those issues”.  Lolomatauama Eseta Faalata Mataituli, Candidate for Aana Alofi 2.

The programme is recognised by the Samoa Qualification Authority as a non-formal training. This course is supported by the Women in Leadership in Samoa (WILS) Project, a three-year project implemented jointly by United Nations Development Programme (UNDP) and UN Women with funding from the Australian Government in partnership with the Government of Samoa.

The course wrapped up on Monday 23rd November 2020.