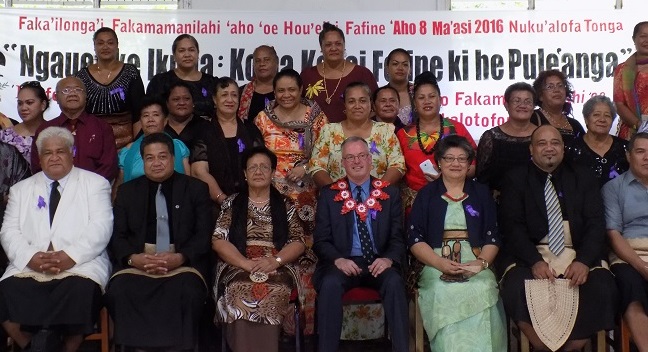 The results released from Tonga Electoral Commission to the Women’s Division confirmed that 2 women have successfully been elected – the first ever female District Officer from ‘Eua (‘Eua Motu’a District) out of the 2 District Officers, Sisifa Fili and the first ever female Town Officer for Tongatapu from Havelu, Vika Kaufusi. In addition to this success – 4 other women placed second position, 1 for District Officer (Hihifo District, Vava’u) and 3 for Town Officer (Ha’alalo&Ha’atafu, Tongatapu and Matamaka, Vava’u). This significant achievement allows for these women to be deputized and in a position to be Acting District and Town Officers.

The Division looks forward to continuous efforts with the civil society and the successful candidates to assist and work towards the greater development of women in leadership positions but also in advocating good leadership and governance at local and national level.

If you have any further queries please contact the office at 27145 or email lake@mia.gov.to