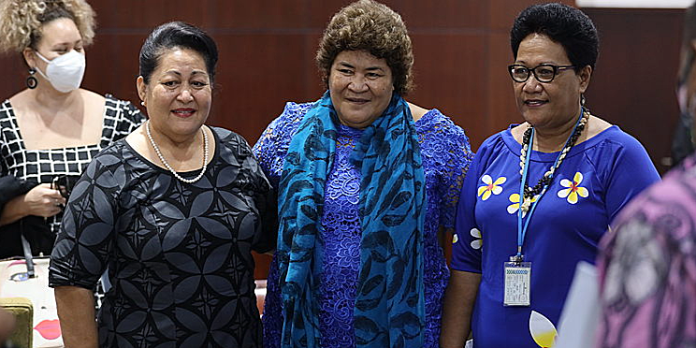 Aliimalemanu contested from the Alataua West constituency in April’s General Election while Faagasealii from Aleipata Itupa Lalo seat pushed through in November’s by-election.

The Office of the Electoral Commission had recommended the Members to be awarded the seats to fulfil the requirements of Article 44 (1a) and be sworn in to make up six women Members in the House.

But the Speaker Papalii Lio Masipau Lio rejected the swearing-in of the two additional Members on grounds that there were legal challenges, mainly the one being pursued by FAST women candidate.

Toomata Norah Leota who was endorsed by the FAST party in the main election had challenged the activation of the women quota by the Electoral Commissioner….