Lanelle Tanangada has secured an historic by-election victory in Solomon Islands, becoming the first ever woman MP for Western province and defeating a former prime minister in the process. 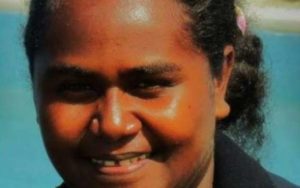 Mrs Tanangada is married to ousted MP Jimson Tanangada whose conviction for bribing voters during the 2014 general elections prompted the by-election.

It is the second consecutive election win for the Tan

angada’s over Mr Lilo who filed the successful petition against Mr Tanangada.

However Lanelle Tanangada’s tenure will be a shortened one, with parliament to dissolve at the end of the year.

Already Mr Lilo’s supporters have said their focus has turned to preparing for the next showdown in the 2019 general election.