THE new Parliament make-up includes 10 women. This comprise five in Government and five in the Opposition. 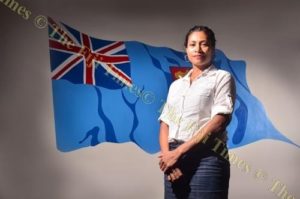 Newly elected Fiji Opposition MP Lynda Tabuya, who received the most number of votes amongst the women who have made it into Parliament. (Picture: FT FILE)

“That’s wonderful news that we have increased our percentage of women representation from 16 per cent to 19 per cent and that is progress,” Dr Luveni said.

“I think that will be the highest in the Pacific for women parliamentarians.”

Meanwhile, some notable politicians absent from the FijiFirst party’s new parliament line-up are former minister for Lands and Mineral Resources and Minister for Industry, Trade and Tourism Faiyaz Koya, former assistant minister for Youth and Sports Iliesa Delana and former government members of parliament Brij Lal and Matai Akoula, while in SODELPA, former Opposition MPs Mere Samisoni, Ro Kiniviliame Kiliraki, Jiosefa Dulakiverata, and Semesa Karavaki have also not made the cut to get into Parliament.

NFP’s former Opposition MPs Prem Singh and Parmod Chand will also be absent from the NFP Opposition line-up after failing to make the cut.