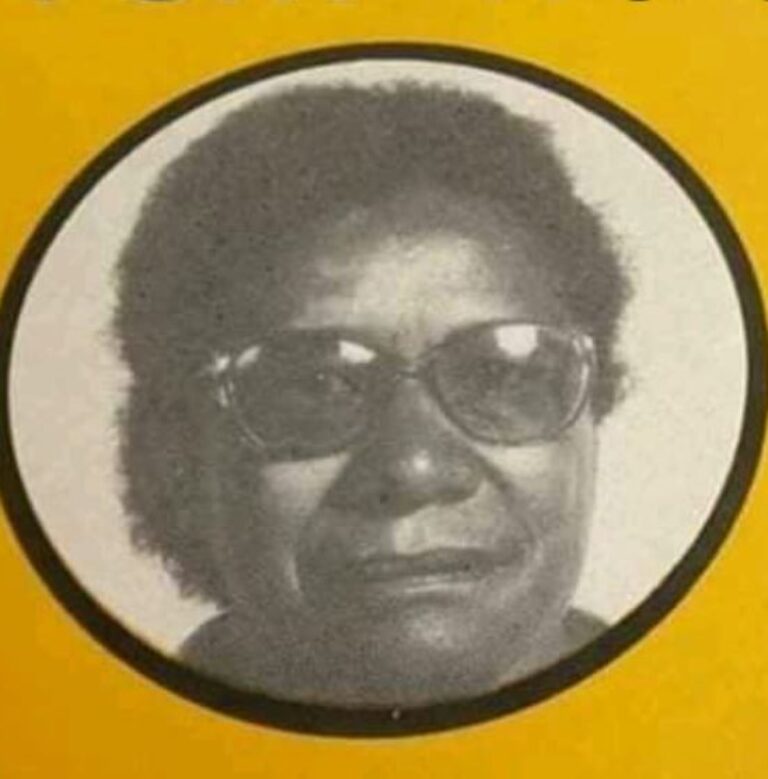 The late Mrs Crowby worked in government and most importantly as a former and first Vanuatu woman voted into parliament in 1988 to 1991 under the Union of Moderates Party (UMP).

Late Mrs. Crowby was born on the island of Ifira 23 August 1940. She attended school at the Ifira Primary School before continuing onto Ecole Communal, in 1955 she then continued on to attend a nursing school in New Caledonia and completed and returned home to Vanuatu. She started working as a nurse, and while working as a nurse she was able to teach and train student nurses at the same time.

On 1 May 1959, the late Mrs. Crowby married her husband John Crowby at the Tebakor Anglican Church in Port Vila. In 1960, the company GPO approached her to look after the dispensary in Forari, to which she accepted and worked for two years.

In 1976, late Mrs. Crowby participated in an international study program on mothers and children in Bulgaria and Paris for a year and was able to achieve a certificate from these trainings before returning to Vanuatu to continue working as a nurse in 1978.

In 1980, when Vanuatu gained its independence, late Mrs. Crowby became the Chief Nursing Officer, but back then this position was known as the matron. During her term as matron she was able to attend a few nursing courses and one was in Melbourne in 1984 for three months. She worked as a nurse until 1987 when she retired after 29 years of service in the health sector.

Late Mrs. Crowby contested the general elections in 1988 and was voted into parliament successfully into the third legislature. She served as a member of parliament for a term. After serving as a Member of Parliament, in 1992 the late Mrs. Crowby was appointed as the Chairman of the Public Services Commission for two years. In June 1995, she took a judicial oath and became Justice of Peace for the Republic of Vanuatu. Over the years, the late Mrs. Crowby and her husband have been managing their private business.

The late Mrs. Maria Crowby passed away on Tuesday, 28 April 2020 at 12:45pm in New Caledonia and is survived by her husband, 6 children, 34 grandchildren and 78 great grandchildren.