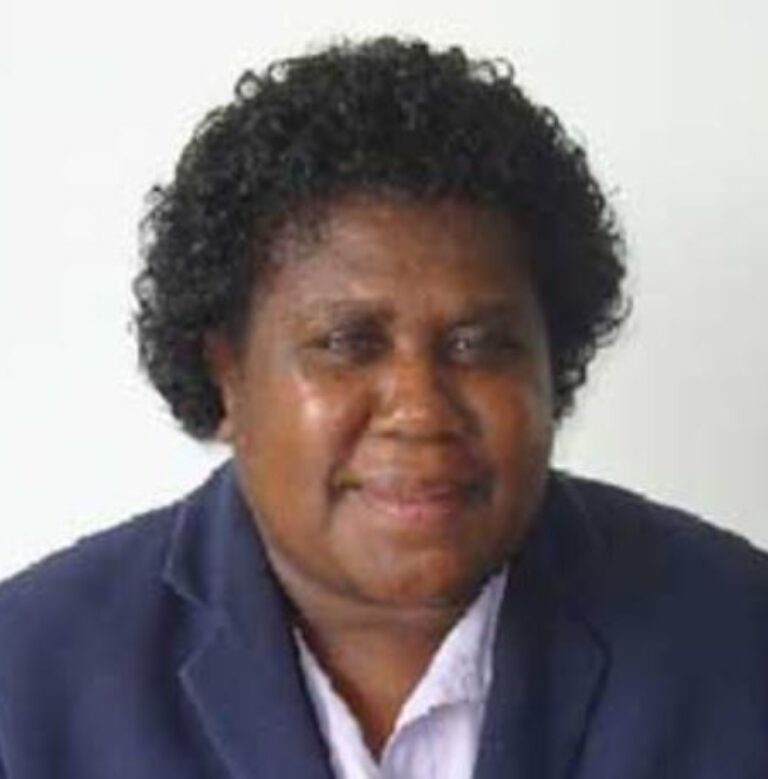 In 2002, Hon Isabelle Donald was elected to the National Parliament and became the third woman ever to be elected into the Vanuatu legislature. Hon Donald served two elected terms, from 2002-2005 and 2005-2008.

From 2002-04, she was Deputy Parliamentary Speaker. From 2004-06, she the joined the Government, becoming the Minister of the Comprehensive Reform Programme, Women’s and Children’s Affairs. From 2006-07, she was Minister of Justice and Social Welfare. In 2005 Chiefs in the Eastern part of Epi, the island from which she was elected, bestowed her with the high ranking customary title “Sikawonuta” (the greatest woman).