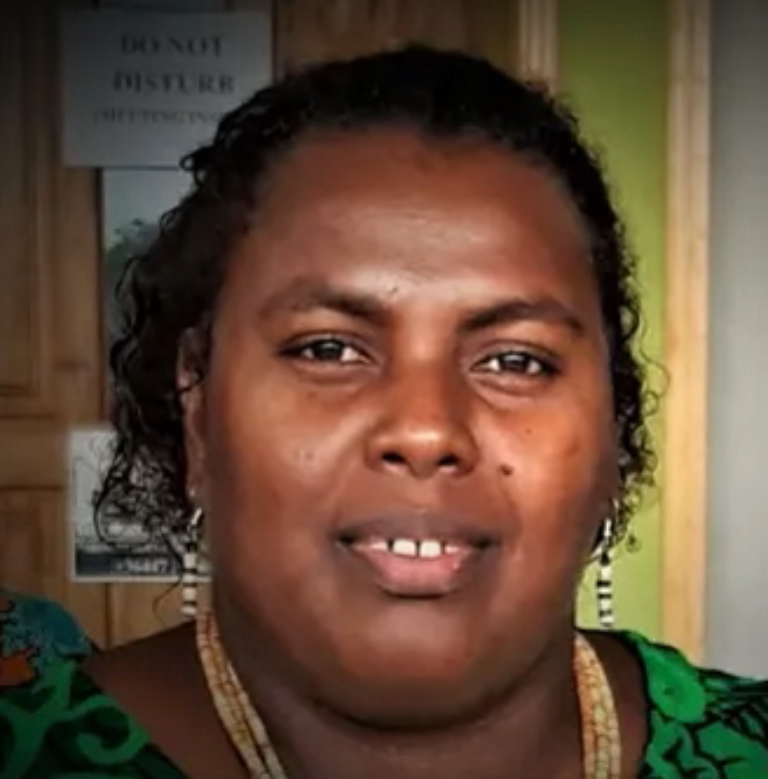 [By Georgina Kekea – 18 September 2020] – Rose was destined for public office, as a young girl growing up, she was outgoing and witty. Rose was very opinionated, but now it is louder and more determined.

“I am always outgoing and speak to people I don’t even know”, Rose says. “I wish I had three or four other women with me in the Provincial assembly”, says Rose Tala.

Guadalcanal is a matrilineal society, where women “traditionally” govern land inheritance and decision-making – yet women are largely absent from present-day leadership. “It was my first time to contest. I was up against nine other male candidates in the provincial elections last year,” she says.

Rose grew up in the village of Komukoga. Her primary years were initially spent at Kulu primary before transferring to Talaura primary also in North East Guadalcanal. “We live close to the Mberande river. Every day I have to cross the river to go to my school at Kulu. It took me about 30 to 45 minutes to walk to school each day. Sometimes I do not go to school when the river floods”, Rose says.

As a girl growing up in the village, like most other rural dwellers, life was tough for Rose. Water was fetched from water wells and she occasionally enjoyed a bath in the river. An outgoing child, Rose was not one to shy away from people. Her father died when she was just seven years of age. The second eldest in a family of five, Rose grew up with her siblings and mother. She underwent forms one and two at Kulu high school and completed her form three education at Vuranimala High School in Gela.

“My father is from Gela so I did my form three there. I should have gone on to form four but because of the ethnic tension, I was not able to pursue my education further”, Rose says. There on she went back to Tathiboko where she volunteered to do work with Save the Children, in the communities. “That was my ticket into the NGO sector. From there I continued to make my way up. My personality helped me to secure work with the different NGOs doing community work”.

Rose was thrilled to be elected in the 2019 provincial elections. Though it was difficult at first, she was able to progress daily with the support of her peers. “The men folks are very supportive towards me. In the provincial chamber, I participated in discussions and debates the same as them. The only wish for me is to have more women with me in the room so that we can be strong together with our voices”, Rose says.

Rose has three children. Her husband is a pastor. Her wish now is to see more women stepping up to participate in such leadership positions. She says only by having more voices of women in parliament will help address challenges faced by women.

The Pacific region has the lowest number of women parliamentarians in the world. In Solomon Islands, there are currently 3 Members of Parliament who are women, out of a 50 seat Parliament. Including the current 3 MPs, a total of five women have served as MPs in the history of the country.

Across the nine provincial governments, only four women are elected assembly members. Many are now advocating for greater participation of women in politics, as they need to be heard, included – a voice in the highest decision-making bodies. Like many other women leaders in Solomon Islands Rose has found her voice, she hopes she can inspire other young girls and women to find theirs.