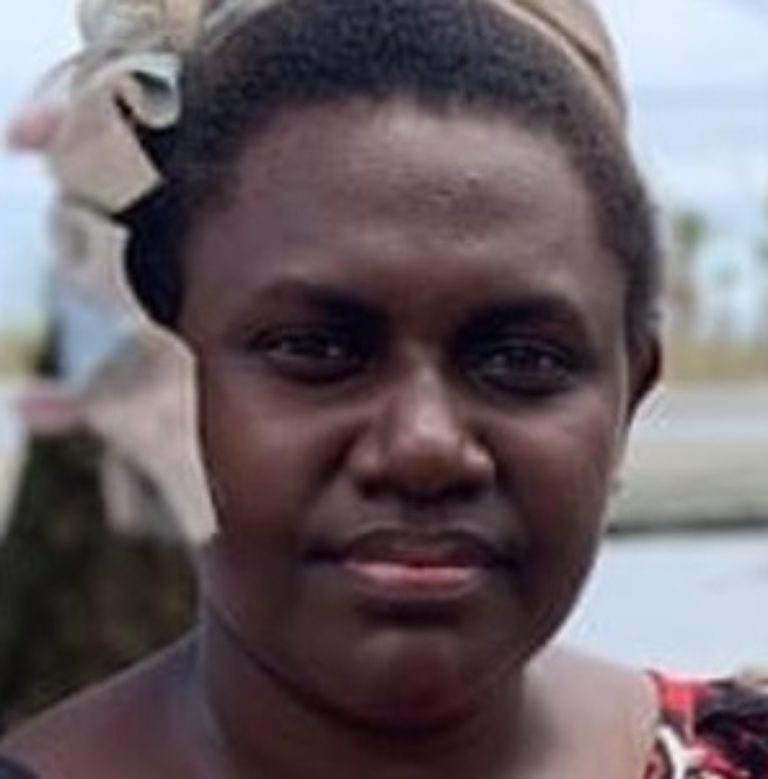 Achievements:
 Jubilee Australia’s Research Report: Bougainville Voices-Nikana Kansi. Nikana Dong Damana 2014. This was one of my primary works with Jubilee Australia Research on the perceptions of landowners in Panguna about mining, the war, their impacts and the legacies left behind by the events. This was a partnership work between Jubilee Australia, Bismarck Ramu Group, International State Crime Initiative and the communities in and around Panguna.
 Ophir Film 2020. ARSAM International. This award winning Documentary released this year is five years in the making. Working with the film producers Olivier Pollet and Alexander Berman on this film brought me into understanding the multi-faceted impacts of the pollution, the war, peoples’ experiences and stories, trial, tribulations and innovations that sprung up during the course of the recent past. The film captures the peoples’ history, visions and aspirations about the future.
 Melanesian Indigenous Land Defence Alliance Conference Arawa 2017 and Arawa Declaration. In 2017, despite threats from a small group of pro-mining entities, the Conference convened as planned and culminated with the Arawa Declaration signed on the 27th of August 2017 at the Stori Haus. The Conference brought to awareness of the international community in Melanesia (ie. Solomon Islands, Fiji, Vanuatu, West Papua and New Caledonia) the ambitions and desires of the people. It was a learning curve for countries like New Caledonia who are facing a much bigger challenge than Bougainville at the moment. It was a gathering to celebrate and promote Melanesian indigenous values, ways and moreover, the significance of indigenous foods in health and defending land.
 Growing Bougainville’s Future: Long Han Bilong Yumi Yet. 2018. This research and short documentary film captures the resilience of Bougainvilleans to grow their economic future through alternate means rather than mining.
 Attending international gatherings to promote and foster partnerships as a Woman from the mine impact community
 Development of Preventative Health Concept under the Family Support Centre at Arawa Hospital
As Coordinator under the Family Health Centre at the Arawa Hospital, I designed the concept for preventative health with the measures involving the major stakeholders in education and health. The idea was to use the most available human resources with large scale effect to address the reoccurring health issues that continue to affect Bougainville.
 John Roka Counselling and Education Centre (Est 2014): The Centre remains as my primary work in addressing education and social needs of the community I live in. Operating for seven years now without funding, JRCLC is a project that will grow from strength to strength as it continues to refine its approaches to education and counselling in a post conflict area like Bougainville. The facility has its own designed education curriculum and teaches foundation education, adult literacy, counselling, rehabilitation & revitalisation programs and seminars in basic management principles, good governance and research skills. The centre aims to be a full functioning tertiary facility by 2027.
 School Curriculum Design and ongoing Research: From six years of inquiry into the indigenous values, customs and ways, the centre has designed a comprehensive education curriculum package that enculturates the innate customs and ways of the people with the modern education. The intent is to instil the systems of moral values and innate ways into our children. Our counselling approaches apply the same method. This approach taken by the facility has shown very promising results in the way children view their homeland, family and the region as a whole. Our family counselling reintroduces the innate values of family, roles and moral responsibility of parents as first teachers and primary caregivers.

1. Local Governance Restructure for efficient service delivery. The intent is to create economic local governance system that is self-sustaining and supplementing to development needs and need areas. Enamira has ventured into this scheme and has a monetary value to its governing structure.

2. Increase Income Per-Capita Through Village Treasuries, Other Taxes and Markets. This is a concept of old used by our forefathers when they were lobbying for more power. The alternative to this concept is to open up for aid to other countries, which is not a constructive and appropriate means to achieving self-sufficiency. Each VCC population must have an equivalent economic wealth based on the quota of income per capita. We must show that we are financially and socially above the poverty mark. It is achievable, and it needs cooperation from all stakeholders of society. An increase of local domestic markets must be encouraged to stimulate mass production of food locally, its benefits are multi-dimensional, not only are we producing more food but we are creating surplus for export either within Bougainville or outside.

3. Find Lasting Solutions to Social Issues. In Bougainville generally, it has become an epidemic that has not been addressed well because we keep trying to alleviate the result without looking at the cause. Substance abuse in alcohol and drugs will get out of hand if they are not mitigated properly. By ensuring the strengthening of the governance system at the local level, law and order will automatically be a responsibility for clans. Policing has to be a collective effort. Once clans are empowered to take on law and order through community policing, drugs and alcohol can be mitigated properly. Even family problems must be addressed and not be turned a blind eye upon, it will be with the intent of ensuring harmony in the community. Law and Order is the result of harmony in a community.

4. Infrastructure Building using Resources at Hand. Finding means to usefully dispose tailings sand from the lower tailings. This is where infrastructure building comes in. The sand tailings along the Kawerong has to be disposed in a manner that is a one off solution. The entire feeder roads and the main Buka-Arawa Highway must not import expensive bitumen for sealing. Rather, these sands can be turned into bricks and laid on the road. This exercise will surely be expensive and will require adequate equipment to kick-start, but in the long run will save the region in purchasing extremely expensive bitumen. The sample roads to be paved with bricks will be the feeder roads inside the constituency.

5. Integral Human Development. This is an important facet in development for Ioro. We are living in and amongst the remnants and pollution and destruction of the mine, the effects of the war continue to play a vicious cycle as the new generations come up. Under this goal, not only education will must be given first priority, the reintroduction of innate values and systems, knowledge of clan, boundaries and indigenous laws must be reintroduced at the clan level. We must develop every human person in the most comprehensive manner that the individual be a sound and well informed person. We must not rely only on schools to teach our children; it is the parents’ responsibility as ‘first teachers’ to impart the social and moral fibres into our children.

6. Mitigating Issues of Land Ownership through the Tangkurang Clan System. This will be an important implementation that will put to rest the issues of land ownership disputes, especially when it comes to the resource ownership. By way to mitigating through land boundaries of clans and sub-clans, put to clear those who are not legitimate owners. When this is done, any legislative form of ownership that was signed dating as far back to the colonial era will be deemed null and void. Land ownership cannot be put under one person or one name.

Political Platform:
As a young member in the community I live in, I aspire to see all people in Ioro to be well-informed contributing citizens to nation building. I believe if we are to develop comprehensively, the place to start is at home. And that is my intent to vie for the political seat of Ioro in the ABG elections. Ioro is a strategically important constituency in Bougainville, hence I believe it is vitally important to have a representative who will FAIRLY represent the people, moreover; be able to implement the dreams and aspirations of the people of Ioro.

The platforms I stand in this contest are:
 Fair and Honest representation of the people of Ioro in the House of Representatives. I am a citizen living and working in the community I serve. I know the realities my people face because these are the same realities myself and my family face every day.
 Fairness and Honesty can only go far; TRUTHFULNESS in addressing the challenges and issues the people of Ioro face will bring closure. The issue of mining will be the first order of business to address in order to bring an end to the charade that continues to divide families in this constituency.
 Be the voice of our leaders in Ioro. The House of Representatives is made for people who represent the views and aspirations of the people. It is not a place for people who want to be leaders. Representation and leadership are two different things.
 Restructure governance in Ioro and pilot the first ‘bottom up’ governance integrating our innate governance system into the current democratic system. These bottom up governance will have an economic base funded by village treasuries subordinate to the higher hierarchy of governance. A sample is piloted in Enamira VCC with other VCCs about to implement theirs.
 The intent of the above restructure is to have lower forms of governance to be economically independent and be counter-funders to supplement project grants given from above, whether the ABG or Donor agencies.
 Do away with project grants being deposited in personal accounts. This corrupt order of transaction has to be stopped. And this will have to start with Ioro.
 Lead the way in sound, innovative and robust governance. Implementing the principles of Sipungeta, Osikaiang and Me’ekamui governance that can be truly representative of the people.
 Lobby, vouch and create avenues to boost the constituency’s capacity in development. It’s not about waiting for development grants from ABG, we need to get off that attitude. A representative is an implementer.
 I will push and fight for Ioro Constituency in the House of Representatives. Ioro right now needs a representative who will speak for the people in parliament. We do not need ‘pot plant-like’ representatives in parliament.
 I possess a proven track record of honest and non-corrupt engagements. My accountability record is clear and known by people and organisations I engage with.