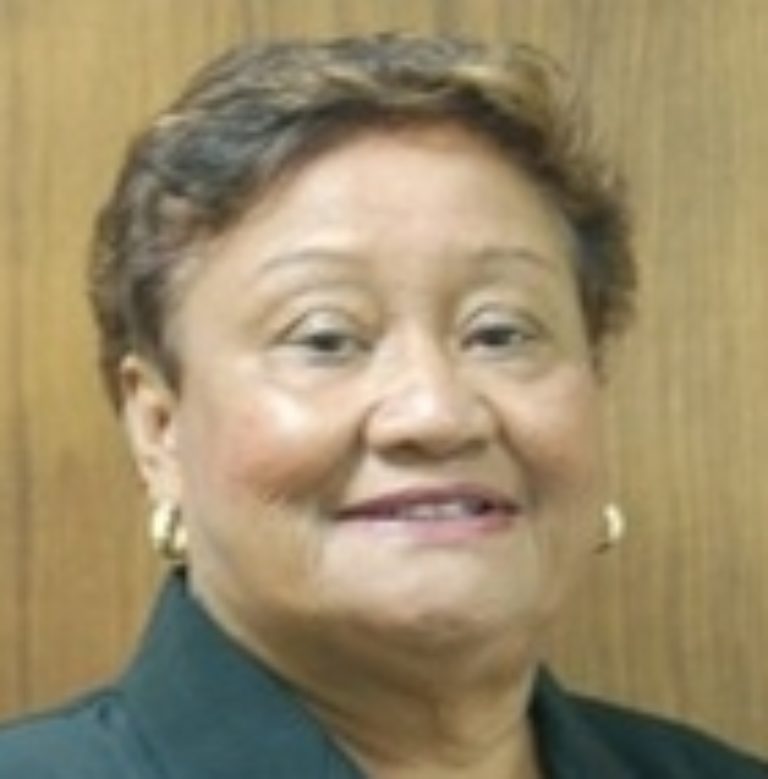 Senator Katherine (Kathy) Kesolei earned a Bachelor’s Degree in Anthropology at the University of Hawaii at Manoa. She has devoted more than 30 years to the cultural, educational and economic advancement of the Palauan people. She has served on many boards, commissions, and authorities of the Government and has represented the women of Palau in regional and international conferences. She is known for her tireless efforts in the protection and preservation of Palauan culture.

Hon. Kesolei is also a well-known anthropologist, historian, poet, and advocate. Specialising in history and anthropology, she is a leading expert in cultural conservation and champion of initiatives celebrating Palauan culture, history, and transmission of knowledge. Hon. Kesolei has provided direction and consultation for international and regional academic and intergovernmental projects in Palau. She attended as one of the Officials in the Palau Delegation to Noumea for the Pacific Arts Festival in 2000, as Representative, Mechesil Belau Women. Katherine presented a paper at the Association of Social Anthropology in Oceania, Workshop on The Role of Anthropology in Contemporary Micronesia (1977), directed the compilation of a four volume anthology of Palauan legends and history, and directed the Palau History Development Project in her dual role as Director of the Palau Community Action Agency (1980). Her sense of community and social activism was evident early by her involvement in initiatives including the inauguration the Micronesian Girls Association in 1960 to which she was elected to be a club officer.