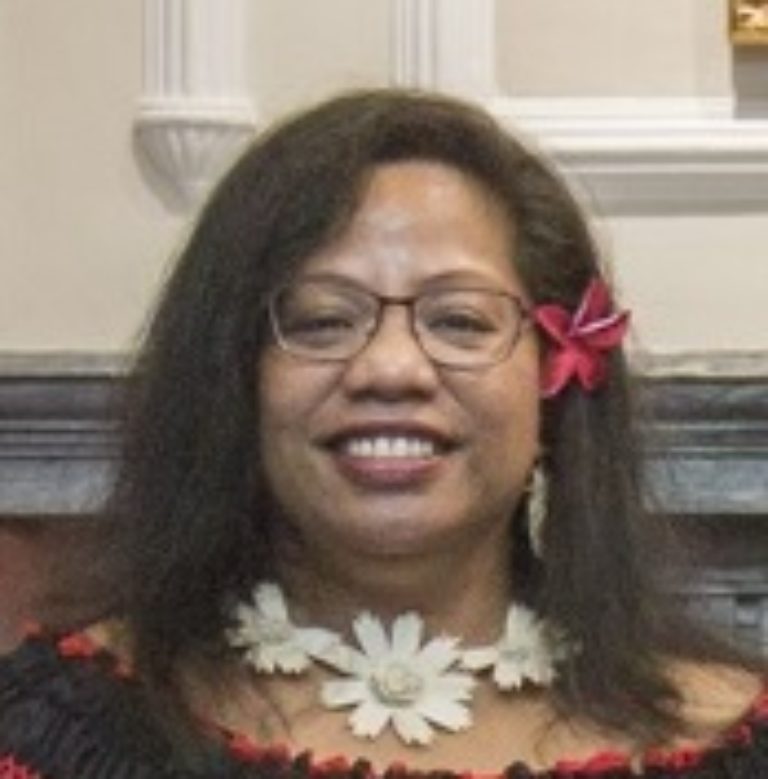 Honorable Tessie Eria Lambourne is an i-Kiribati civil servant, diplomat and politician. She has been a member of the House of Assembly since April 2020. She was formerly Kiribati’s Ambassador to the Republic of China from June 2018 to September 2019 and Secretary to the Cabinet, the highest position in Kiribati’s civil service, from August 2016 until June 2018.

Lambourne was educated at the University of Auckland in New Zealand, where she graduated with a Bachelor of Arts (Political Studies) in 1994; she subsequently received a Masters in International Law and Politics from the University of Canterbury in 2007. She worked in the civil service from 1991, serving in a number of prominent positions, including Secretary for Internal Affairs, Private Secretary to President Teburoro Tito, Secretary for Foreign Affairs and Immigration and lastly, Secretary for Commerce, Industry and Cooperatives.

She was appointed Secretary to the Cabinet by President Taneti Maamau in August 2016. She continued in this role until she became the country’s second ambassador to the Republic of China in June 2018, but her tenure was ended by the breakdown of the diplomatic relations between Kiribati and Taiwan on September 20, 2019.

She was elected to the House of Assembly at the 2020 Kiribati parliamentary election in April 2020, winning “decisively” with a first-round majority.